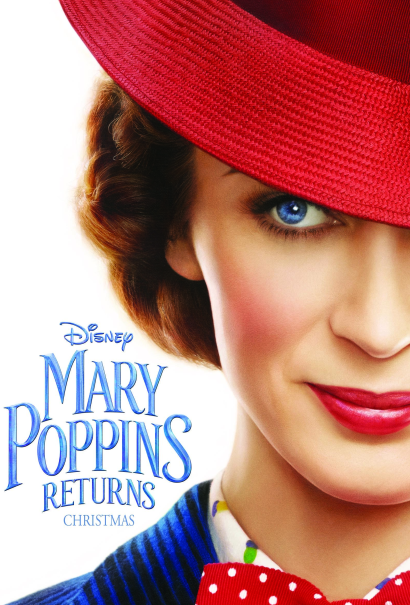 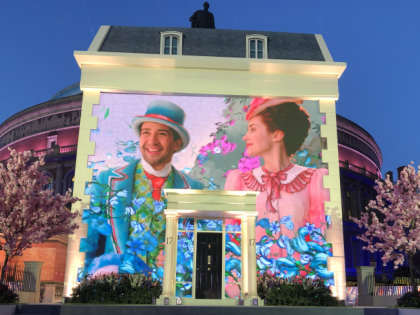 Mary Poppins Returns – Last night Disney opened the red carpet for the European premiere of the new Mary Poppins sequel coming to our screens on Christmas Day, the 25th of December. The premiere was absolutely beautiful and took all of its visitors on a trip down memory lane to the famous cherry tree lane. The talents attending were Emily Blunt, Lin-Manuel Miranda, Emily Mortimer, Ben Whishaw, Meryl Streep, Joel Dawson, Nathanael Saleh, Pixie Davies, Director, Writer and Producer Rob Marshall and more. Here are some impressions from the premiere: 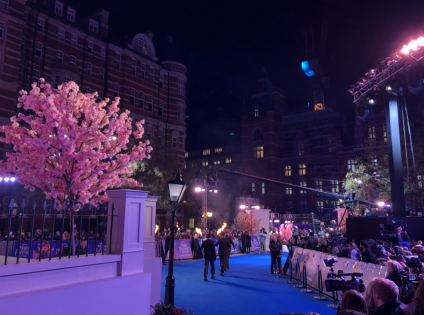 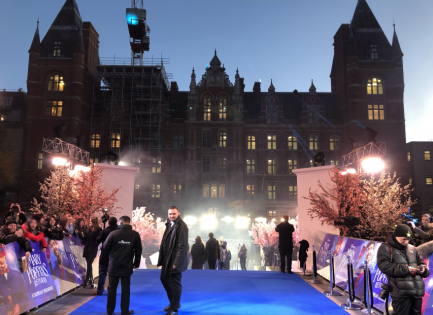 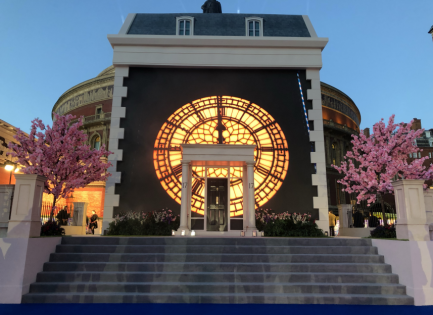 After 54 years Rob Marshall took on the challenge of bringing back the Mary Poppins we all loved many, many years ago, played by Julie Andrews. This sequel is set 25 years after the original events of Mary Poppins. Jane (Emily Mortimer) is following in her activist mother’s footsteps as a labor organizer with no time for romance, and Michael (Ben Whishaw) is reeling from the death of his wife, simultaneously trying to take care of their three children, Annabel (Pixie Davies), John (Nathanael Saleh), and Georgie (Joel Dawson), while struggling to solve a stressful financial situation. So this time the Banks children are all grown up. 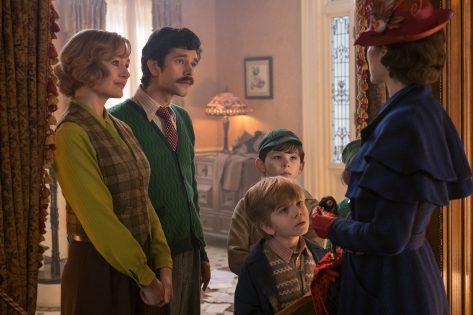 Ben Whishaw explains the importance of Mary Poppins is to find the light in dark times and isn’t that something we can all relate to. After his character, Michael Banks lost his wife and is now a single dad to three children during the great depression in London, everything is just getting harder and harder. When it gets so far that he is about to lose his family’s home on Cherry Tree Lane and his youngest son, Georgie (Joel Dawson), happens to be outside flying his kite, Mary Poppins appears in the sky. And as if no time had passed, Jane and Michael instantly regress to their younger selves before realizing that they should probably act like sensible, no-nonsense adults now.

In the interview with Whishaw, he also admits that his favorite moments on set were with Emily Mortimer, who plays his sister in the movie. This is definitely something that can be seen in the movie, the siblings are convincingly synchronized and display all the same grit and determination they had as children. The latest Banks children, however, had to grow up fast after their mother died and the movie shows the cynicism of children that are used to holding things together when everything around them is falling apart. 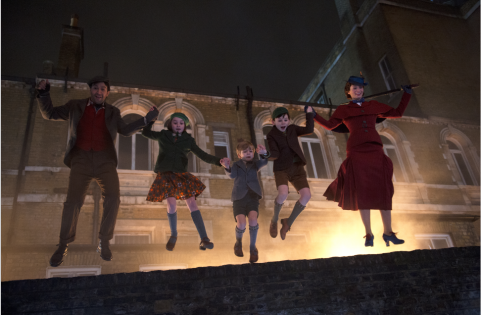 This sequel replaced the old pal Bert with Mary’s new partner-in-crime is his former apprentice, a lamplighter named Jack, played by Lin-Manuel Miranda, who is every bit as fleet-footed and charming as his mentor. Lin-Manuel Miranda explained he took his two-year-old son as inspiration when finding out how to play the role of Jack. Emily Blunt and Lin-Manuel Miranda are more than a match in the song-and-dance department, with one show-stopping shared number that seems to be begging the audience to applaud when it’s over (and gives Miranda an opportunity to showcase his rap skills, no less).

But for the most part, in the steady hands of director Rob Marshall and writer David Magee, the story plays in the 1930s in London, and is completed with a joyful detour into an animated world that comes close to recapturing the magic of the original. 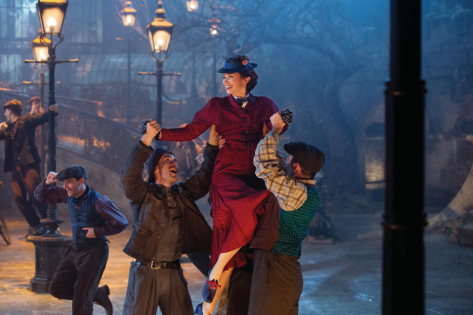 The movie is meant to be something new while still honoring the 1964 sequel. This is especially true of the music — written by Marc Shaiman with lyrics by Scott Wittman — which appears to purposefully parallel the rhythms and messages of the original. Each song is charming in its own way — Blunt performs one of the most moving Disney ballads in recent memory around the halfway point of the film, and Miranda gets a chance to make his mark with a “Step in Time”-style dance number that’s exhilarating to watch.

What stands out most about Mary Poppins Returns is its heart and its life lessons may be a bit too on-the-nose for some adults, but it’s clear that now, just as in 1964, Mary Poppins has plenty to teach us.

Make sure to watch the trailer and don’t miss out on the movie coming out on the 25th of December! 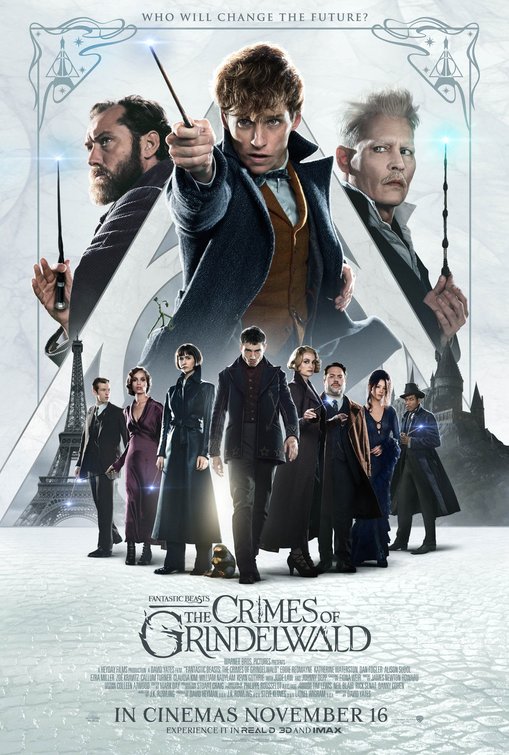 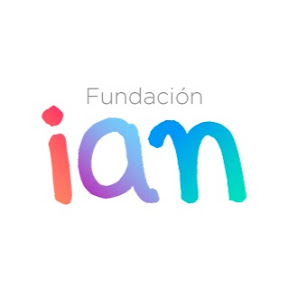 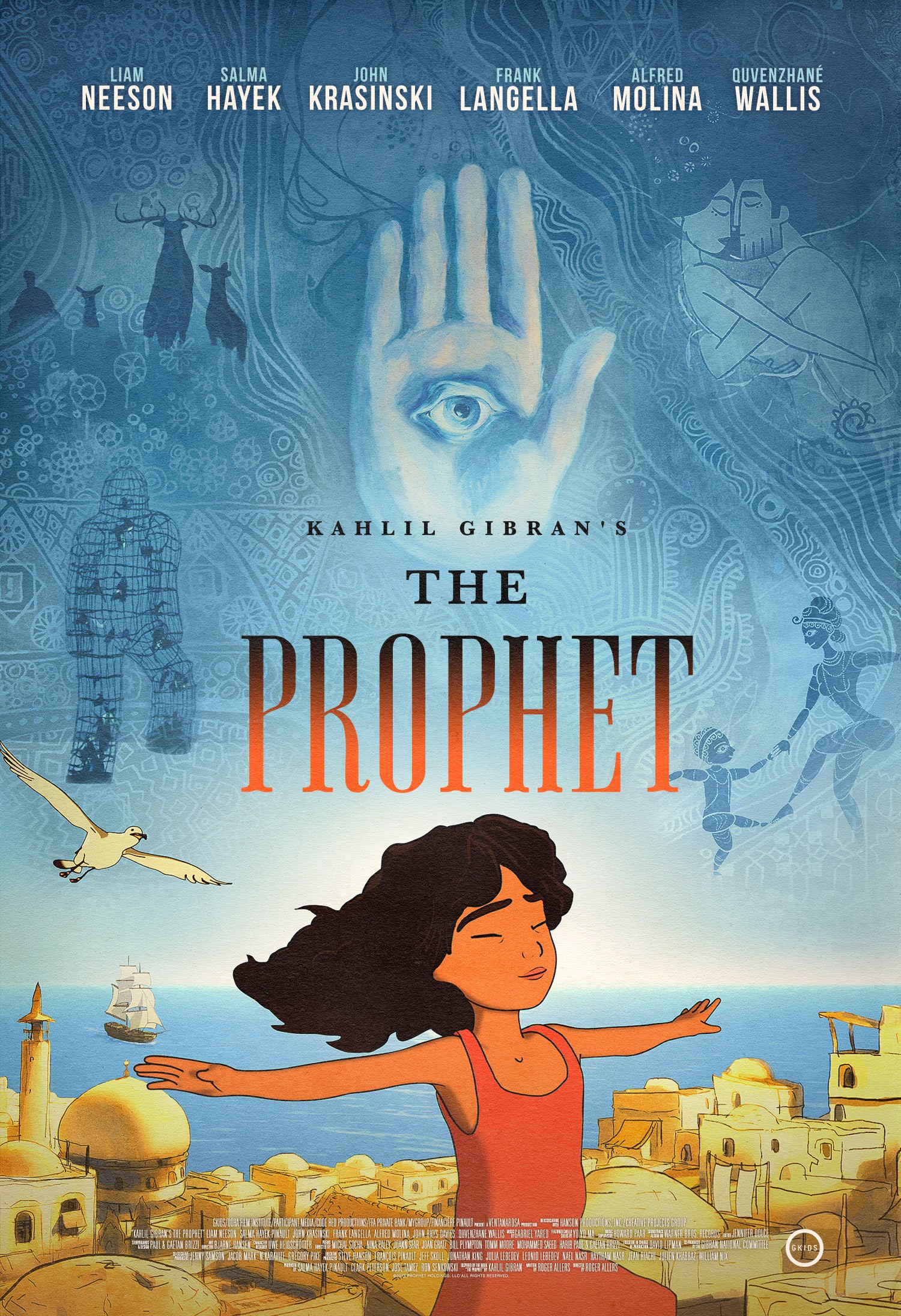