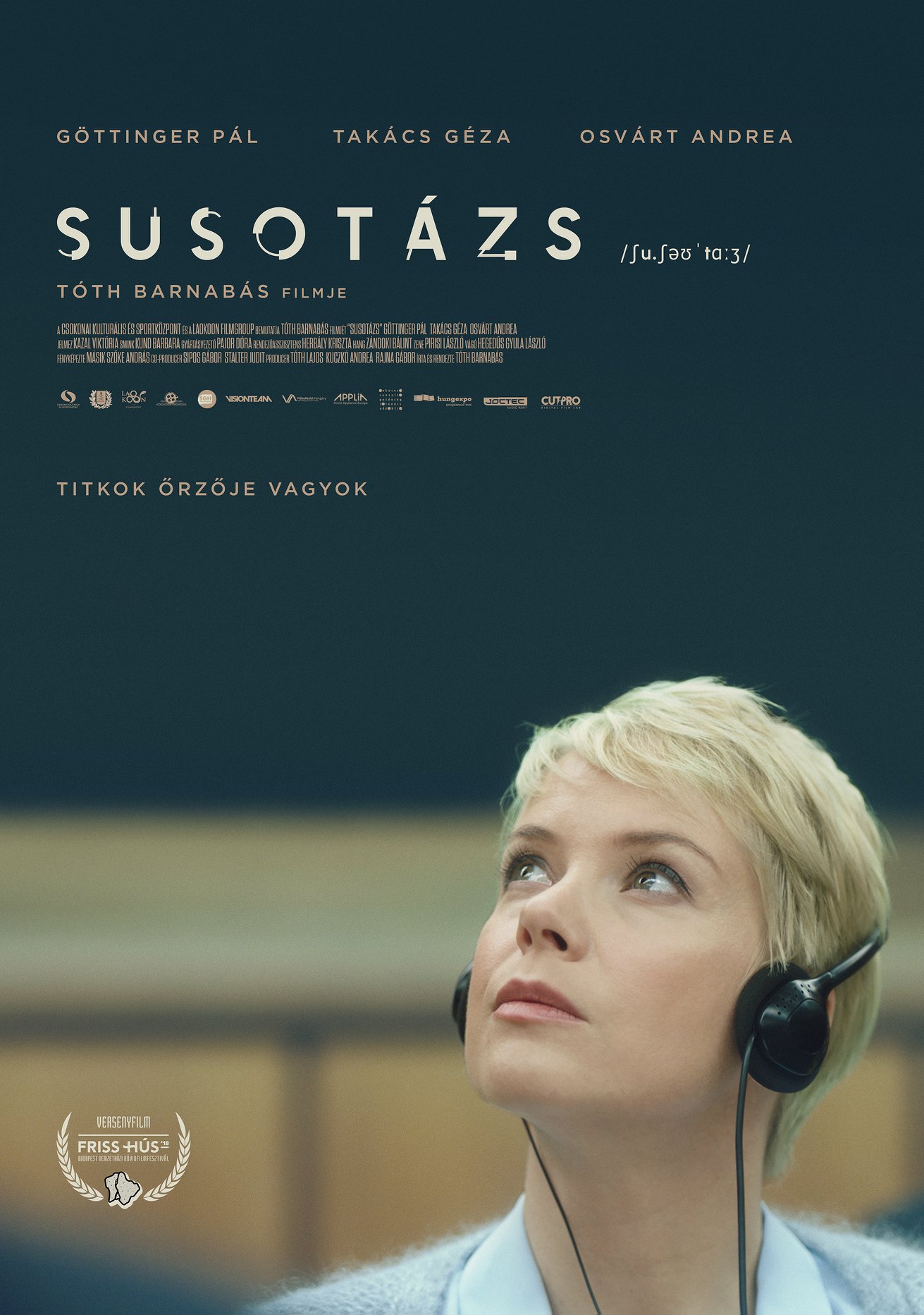 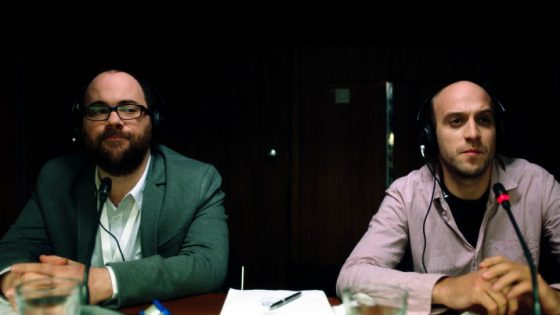 Chuchotage (Susotazs) is set during a professional conference in Prague, where two interpreters in the Hungarian booth realize that only one person is listening to them. They try to use various tricks to find out who is that special one, and as soon as they have their eyes locked on a beautiful woman, who they believe is the only listener, translation quickly turns into flirting and a fun competition of who can make this listener smile first. The first one to do so gets a date with her during the coffee break. The smile shines on the face of the mysterious listener and the translator full of happiness heads to the hall where the coffee break is held. Full of excitement he can’t wait to meet this gorgeous lady to realize that he had made a colossal mistake.

The story is in the context of the everyday life of a translator, but even though the main idea of it is quite simple it still somehow captivates attractiveness and excitement. The director mentions that there is a “magical side in being able to communicate with an attractive person through the wires” it is a love story that makes its audience identify with the characters. “You see her, she doesn’t see you but listens carefully through the earphones. I can understand if both interpreters fall out of the daily routine in such funny and unpredictable circumstances.”, he says.

Chuchotage has a bit of everything – comedic side, more relatable team and Barnabás managed to keep the balance between it all. After explaining that the directors first idols were Chaplin and Woody Allen, who are “both masters of fun and melancholy” it becomes clear what inspired him to make this movie.

When it comes to characters, director Barnabás Toth was looking for two “slightly funny looking” actors for the movie, of course, not losers, but not the cliche romantic guys we see in many movies nowadays. Both main characters are “everyday people and intellectuals,” and like it always is, one is smarter and more serious, and the other is “more relaxed and more open to adventure.”

There are over 40 extras in this film, and he chose each of them by the photo, and they enjoyed sitting there and “just paying attention.” He didn’t even realize on set but only later in post-prod that they were doing a great job, like real conference people. There are also African and Asian faces in the crowd, which is not that common in Budapest as Hungary is not that multi-cultural.

For the director himself the movie set was too retro-looking and 70s for him, however, the DOP convinced him about its trendiness and popularity in the film. Some commercials had been shot there before. The set is an old meeting room for top communist leaders in Budapest, which unfortunately will be demolished next year.

When asked about his reaction after Chuchotage being shortlisted for an Oscar, he replies: “When it qualified for the Oscars, I started to hope – which is dangerous. And this shortlist…I feel like a great reward, a huge reconnaissance for not only this film but for the past 20 years. Its hard not to think about a nomination since chances are about 50%, but I don’t think I’d be disappointed if this is the end. Over 30,000 short films are made annually in the world, and we are in the top 10. It is already quite something, isn’t it?”.

In his opinion, the most challenging part of the production process was actually the time after, between the announcement of the shortlist and the nominations. He has no experience in marketing, publicity, and communication, which are necessities around the production.

Apart from being a director, Barnabás Tóth is also a professional actor, writer, and producer; when asked what his favorite role is and why he didn’t act in Chuchotage, he explains, that even though he loves both, acting and directing, he prefers to either only direct or only act in projects.

Let’s hope that Chuchotage can make a big move at Oscars this year. In the meantime, enjoy the trailer down below and keep supporting this short film. 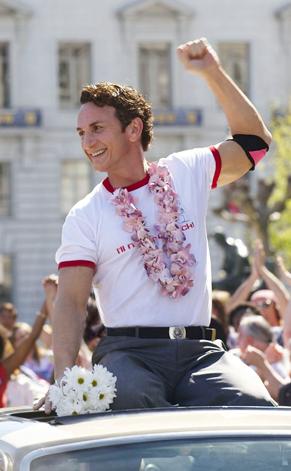