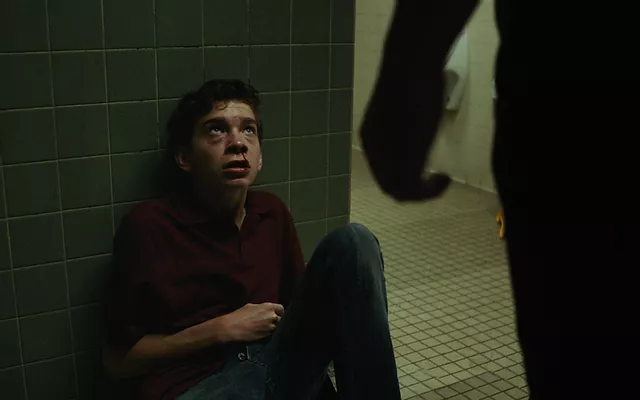 There’s an immediate sense of discombobulation in the opening of Farbod Khoshinat’s short Two Little Boys, placing you right into the heart of the drama. The panicked motion of the handheld camera, how consistently close it is to the characters faces conveys that we are at a critical point in their lives.

Set in 2006, a meek looking, skinny teenage boy sits alone in a school changing room with a black eye and a handwritten letter in his hand. He jerks with nervousness as if he’s awaiting execution. When the changing room has emptied, an enraged, athletic looking teenage boy comes at him like a bull, a friend by his side – his Mother has been called in to talk about his behaviour, her texts suggest it’s something extremely serious, but he doesn’t know what. After some initial physical intimidation, the meek boy admits to accusing him of rape. From here, the accused teenager uses his physicality to overpower his counterpart in attempt to have the accusation retracted. Despite the physical torment, the boy remains stoic. 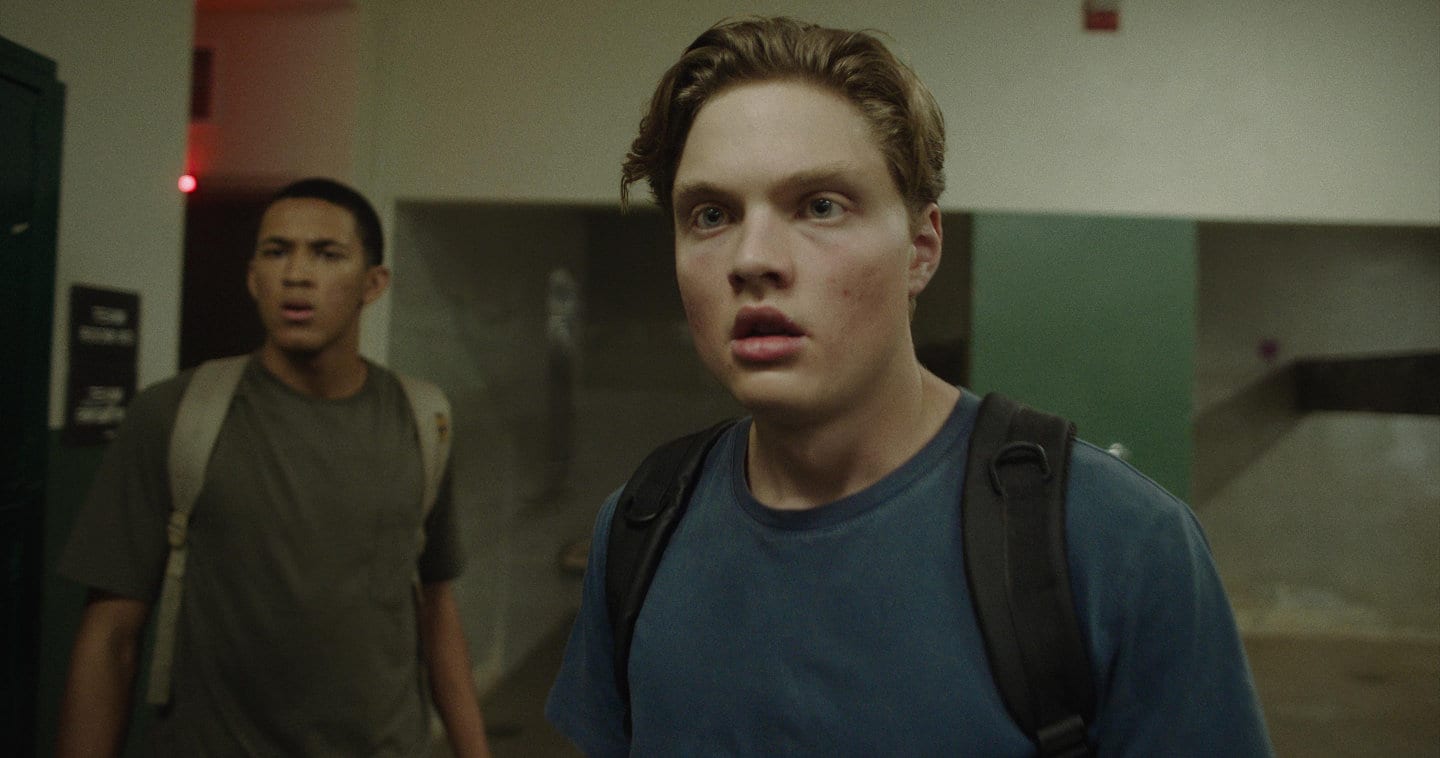 The style of Two Little Boys is so vivid that we experience the unfolding events with the characters. From the mysterious glimpses shown at the start – an old VHS tape of two young boys playing together in a park, a face stretched by clingfilm – it’s clear there’s more than meets the eye, but the immediacy of the style is such that you become lost in the drama. Being so caught up in the present moment, the revelations and turning points of the film are felt even more vividly. 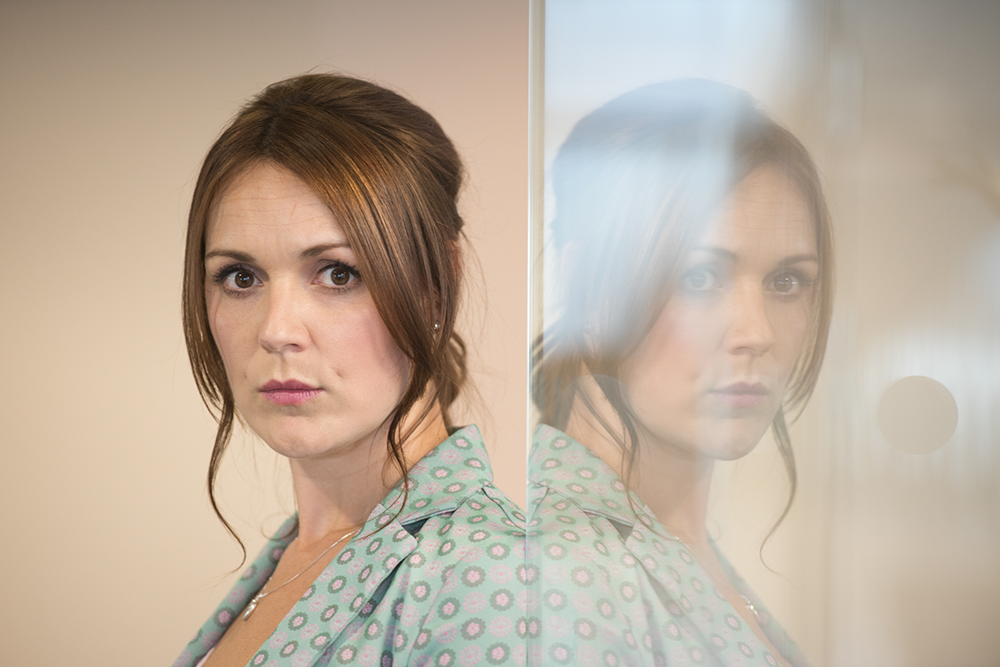 Press Release: Living a Lie (Byw Celwydd) to be broadcast on MHz Networks.