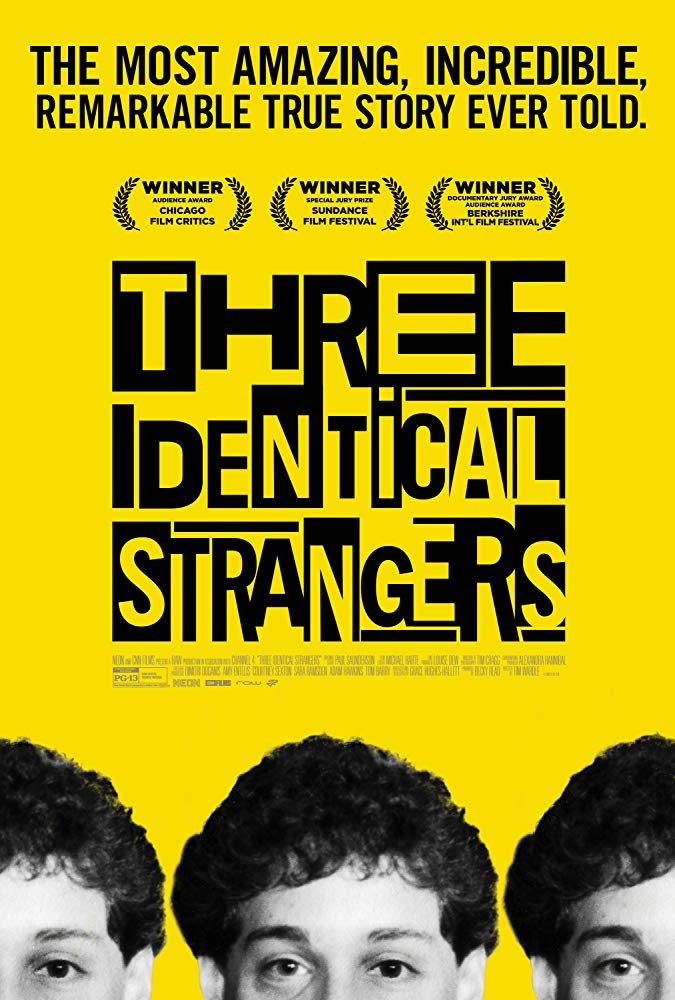 Three identical strangers are one of those stories that just can’t be true. But let me tell you something. It is. In Glen Oaks, New York on July 12th, 1961 Robert Shafran, Eddie Galland, and David Kellman were born as identical triplets to a single mother and later adopted in different families. This documentary chronicles their story which includes their eventual reunion and beyond.

“Three Identical Strangers is a joy to watch and, like an onion, reveals itself layer upon layer. Both terrific entertainment and a serious and very moving story, the film is cleverly constructed as an unusual mixture of documentary, drama and thriller. The jury was delighted to award the prize to this impressive film.”  Michael Kuhn, Head of Jury, Dorfman Best Film Award 2018, UK Jewish Film Festival.

The documentary discusses everything that happens to the three brothers, it is heart-warming and at the same time heart-breaking. Only watching the trailer gave me goosebumps, seeing them talk about how they got separated and how they found each other makes me question how something like this would even happen. 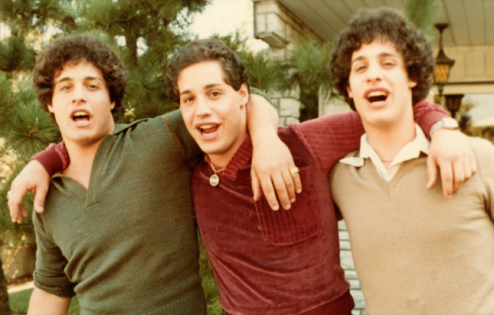 The documentary’s beginning gives an explanation of how everything really started. Two guys, Robert Shafran, and Eddie Galland, both were adopted and grew up separately in the state of New York. In 1980 Robert leaves his parents home for college, drives there to find unfamiliar classmates greeting him as Eddy. When Eddy’s actual best friend points out that Robert looks identical to his friend Edward and they share the same birthday the two decide to drive to Eddy’s house. After realising they are twins who had been separated at birth and then given up for adoption, they find themselves in every paper in America. In another town in the state of New York a mother sees the twins in the papers just to realise that her son, David, looks identical to the twins.

The twins were actually triplets that had been separated at birth. After finding out, they were closer than ever, doing everything together, even moved in together for a while. This sounds like a happy end, doesn’t it? But the twist to this bizarre story is dark and sad. Unfortunately, there are a lot of open ends that will probably never be answered. The reunion of the brothers was only joy and they finally found who they were, but this took a turn real fast.

On the 12th of July in 1961 quadruplets were born in Long Island, New York, USA. Three brothers made it and one died at birth. After 6 months a Jewish adoption agency and psychiatrists Viola W. Bernard and Peter B. Neubauer, intentionally placed the three infants for adoption with families of different economic levels — one blue-collar, one middle-class, and one upper-class — who had each adopted a baby girl from the same agency two years earlier. In the name of science they made the families believe this was normal procedure, therefore the boys had to go through tests each year. They grew up within 100 miles of each other and no mater the group of the family they were living with in they all battled depression in their lives. Finding each other completed them, they opened a restaurant in the state of New York and were even shown in a movie in the 80s with Madonna. Finding out that they were separated for a science experiment, one of them, David Galland couldn’t help deal with the reality and committed suicide in his home in 1995. He left a daughter and his wife behind. It is assumed that he never adjusted to the reality and sadness of having been separated after 6 months of being all together. The research that got carried out by Neubauer wasn’t published and is now closed up in Yale University until 2066. The documentary ends with Davids mother giving her opinion on nature vs. nurture: “I believe nature and nurture both matter. But I think nurture can overcome nearly everything.”

David and Robert ended up getting more than 10000 pages from the research. Even though some papers had been removed to keep other twins’ identities anonymous they got to see what was analyzed. There was no conclusion to the study.

BAFTA-nominated documentary director, Tim Wardle says: “I filmed them reuniting three weeks ago in New York at the age of 54 for the first time. For me it’s at the heart of the film. Why do good people sometimes do bad things? These scientists, they’re not bad people … my personal belief, having studied psychology at university, is that there was that period in the ’50s and ’60s that was kind of like the Wild West for psychology. People were kind of pushing the envelope in terms of science and what’s possible. I personally believe that there was a great deal of ego involved. If you could get more clarity of the nature/nurture question, you would become one of the most famous psychologists in the world.”

This further fuels the debate of nature vs nurture. One thing though is not debatable: “Three Identical Strangers” is one of the most fascinating and humanity- questioning documentaries ever. 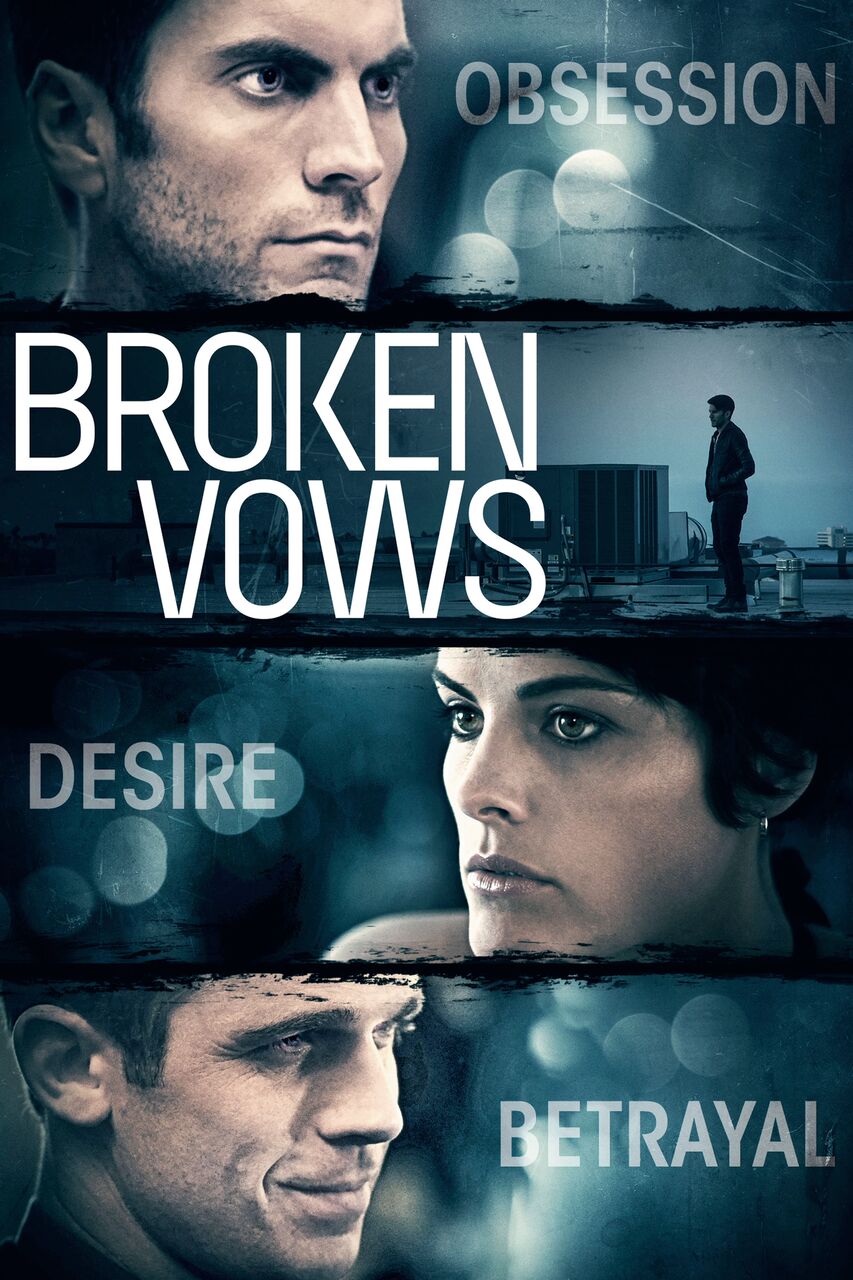