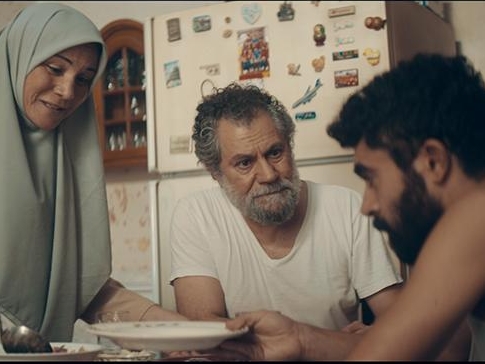 The Emmy nominees were revealed on September 23rd and the awards ceremony, to be held on November 22nd in New York, will award some of the best international productions of the last season. This year’s nominees in the Short Form Series category include Beirut 6:07, a Lebanese anthology television series consisting of 12 short films, each in its own way recalling the tragic explosion in the port of Beirut on 4 August 2020. The series has been broadcast on the streaming platform Shahid VIP since October last year.

Among the directors who created and directed the project there’s Mazen Fayad, director and producer of Awake, who, like many of the other people involved in the project, was personally affected by the tragic event. Fayad, who lives and works in Beirut, saw his home and studio destroyed by the explosion. But there are those who have lost much more, and the series aims to remember and pay tribute to these irreparable losses.
His short film, Abbas and Fadel, is a father-son story that is inspired by true events that took place on the day, and is set within the current political situation. The characters are played by real-life father and son Mohammad and Hassan Akil.

Beirut 6:07 was created with the intention of not forgetting what happened in Beirut and imposing the event in our collective memory, at the same time allowing to accelerate the healing process of the entire community that was a victim of the events. – The same community to which all those who worked on the project belong and which the series reflects in its form of a collective work.