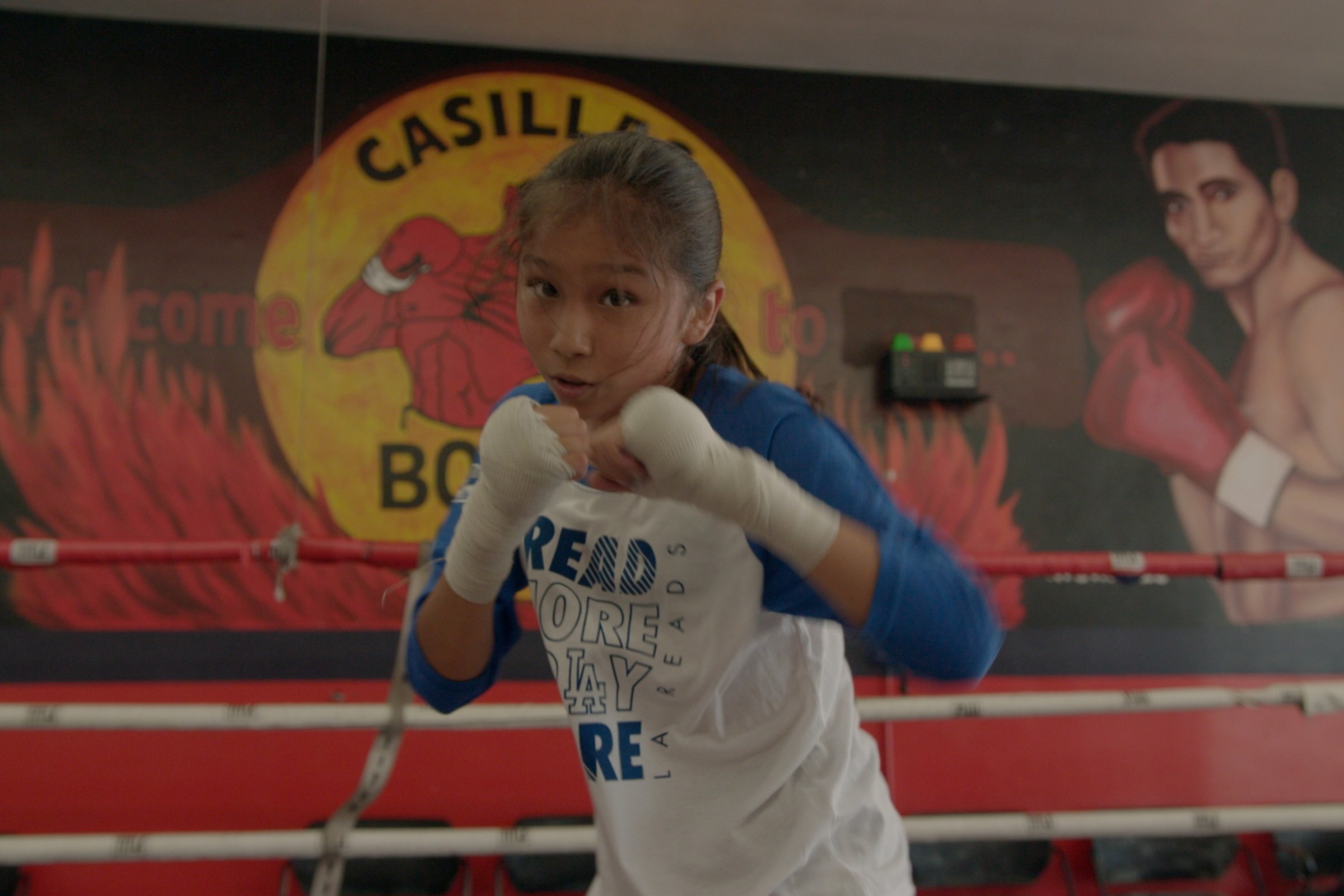 Documentary short film directed by Gabriel Gaurano, Team Meryland tells the compelling story of Meryland, a 12-year-old boxer from southern Los Angeles and aspiring Junior Olympics champion. The young girl, backed by her family, is pursuing the dream to become American top rank boxer but, at the same time, her fight for the podium is a fight for her life: at the age of 6, Mery, hit by a mysterious illness that may have been the effect of an environmental virus, completely lost her memory as well as her cognitive and physical abilities, having to restart all from scratch, learning again as a newborn how it is like to walk, wash her hands, hold a spoon. But she didn’t forget her passion for boxing, and her body slowly started to learn how to punch, kick and move on the ring. Her fight became the fight for a second life, or, as his dad says in front of the camera, “a fight to make a difference”.

He obviously refers to the difficulties deriving from being a Mexican immigrant family starting a new life in the USA to seek a better future for themselves and their children. He wants Mary to achieve her goals, therefore he and his wife, Mery’s mother, have also started a fundraiser, Team Meryland, to help them finance her daughter’s journey to the Junior Olympics.

Gaurano intertwines the depiction of Mery’s life, made of hard work, training in the gym, and time spent at home with her family, with recollections from the past, narrated by her parents, that recall the moments full of concern and fear that followed her illness, the hospitalization and the rehabilitation – slowly, too slowly in the beginning, until something miraculous and apparently inexplicable happened: a stranger pays a visit to the little patient, asking her parents permission to pray for her. After the man’s sudden appearance and disappearance, Mery starts to get better, and her parents want to see it as a sign, the possibility for a second chance, a second life. Mery herself, according to her on-screen words, seems very aware of her good fortune and glad of the support of her family, that she wants to pay back with her success, which is not only hers, but she shares with all of them: a strong sense of beholding, as well as faith and determination, seem to have already shaped the girl’s character and haven’t at all extinguished her cheerful smile. 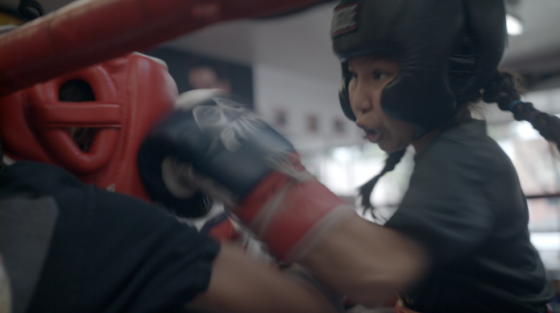 This is what the documentary seems to be wanting to portray: the struggle for a better life, the desire for success and redemption, accompanied by a strong sense of community and attachment to the roots, which are not regarded as shackles that hinder growth but as a stepping stone to success. It’s difficult not to cheer for Team Meryland and this is exactly the problem: it might be too easy, because Mery has nothing we could really dislike, being a young girl, with a migratory background and a traumatic experience behind, wanting to excel in a traditionally-male sport, and succeeding at it. Too many good-hearted stereotypes not to risk falling into some clichés, but the rhetoric of the self-made-girl is partly affected by the shadowing of the holy presence that has to be thanked for Mery’s recovery, putting so in doubt the effective validity of the assumption according to which if you work hard you can reach any goal, no matter where you come from: perhaps this is not enough – how it is fair to assume – and there’s need of an otherworldly intercession? It could be an honest admission, but probably this is not the message the film wanted to convey.

Whatever the answer to the question is, what we know for sure is that Mery is definitely on the right path: having won the Junior Olympics, in front of her opens the way to the next Olympic Games. And also the path of Team Meryland has been – and continues to be – successful: having been screened at many film festivals, it won the FilmSlam Best Short Award at Cleveland International Film Festival and will be screened, among others, at the Oscar Qualifying Flickers’ Rhode Island International Film Festival. 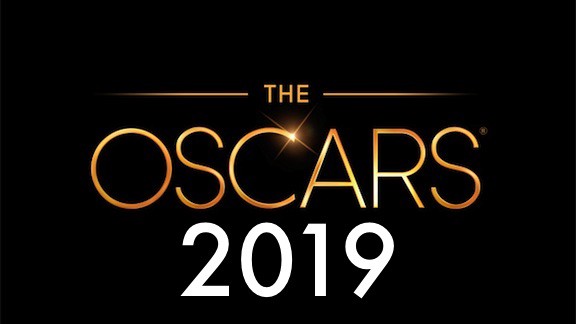 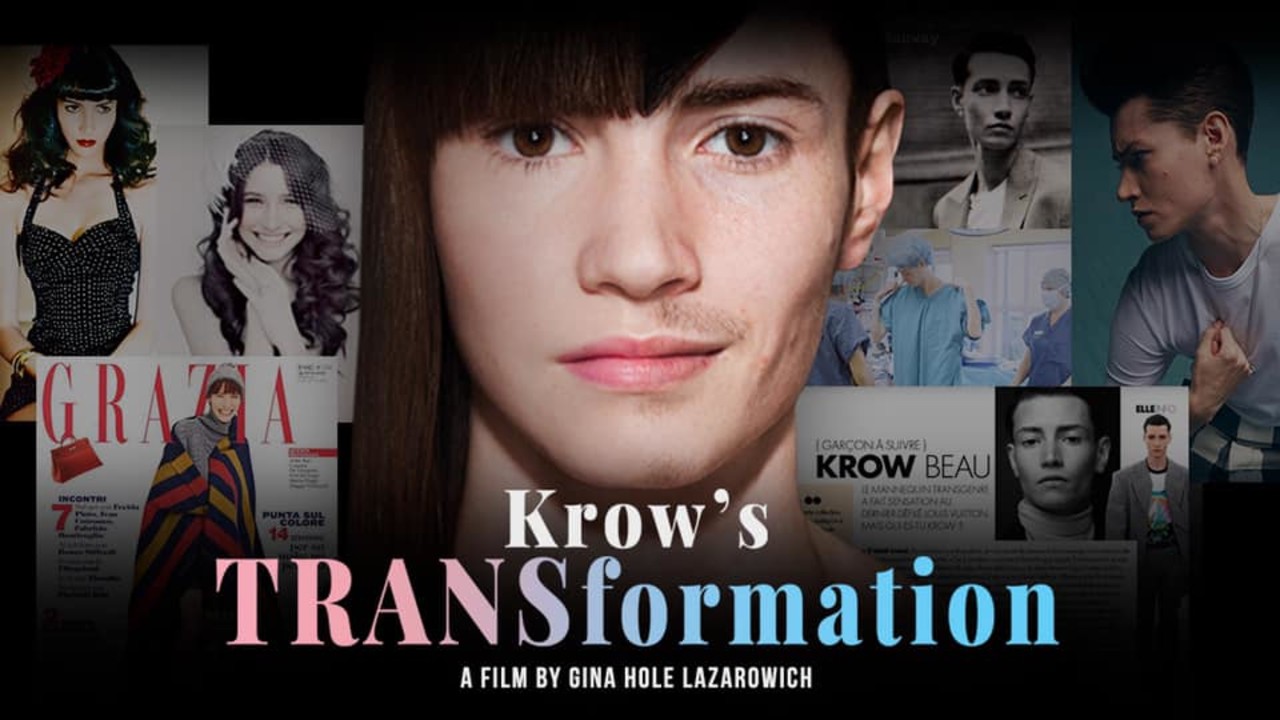